Why you need to think about BPM in a different way

Business process management (BPM) has an unfair reputation as one of the least sexy areas of IT.

But look at BPM the right way, and it has the potential to transform businesses, says Theo Priestley, newly-appointed chief technology evangelist at Software AG. 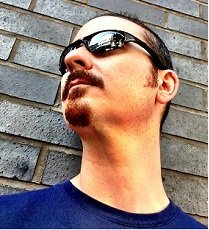 The problem, says Priestley, who has built-up a reputation as an influential blogger on BPM technology, is that most organisations regard BPM as an overhead rather than a technology that can drive business growth.

“I think BPM is still seen as relatively unsexy, a sort of necessary evil,” says Priestley. “We must do something to streamline our processes. And unfortunately its always driven from a project or process perspective.”

Used in the right way, BPM can help companies become more agile and more profitable, but it needs a change in mindset from IT leaders.

“For a CIO, it’s about getting away from project mentality, from cost-efficiency mentality and to actually start thinking of BPM as a way to enable your business to be more reactive, proactive or adaptive to the changing conditions that are out there,” he says.

Treat BPM as a continuous process

That means treating BPM as a continuous process rather than the one-off project – the way it is viewed by most organisations.

“You perform a process every day and you have to think about how you can change it and improve it continuously, as the world is changing every day,” he says.

Mobile technology is helping to broaden the scope of BPM by enabling, for example, applications that allow customers to order food, clothes or insurance from their mobile phones.

“You can’t really work the same way on a mobile as you can on a webpage on a desktop. The user experience and user interface has to be built in to the process according to the form factor,” he says.

Cloud slow to take off

However cloud has been slower to take off in BPM than it has in other areas of IT, such as customer relationship management (CRM), says Priestley.

“SalesForce, for example, has made cloud software its mantra, almost, and that has really propelled CRM into the limelight. BPM not so much,” he says.

One reason may be that a CRM implementation, by its nature, is simpler and more defined than a BPM project, making CRM a more obvious candidate for the cloud.

And BPM systems tend to handle more data that typical CRM implementations and that means more compliance issues – the second reason why BPM may not be so popular as an off-premise technology.

“If you look at the German market, for example, it is extremely stringent on data privacy,” Priestley says. “So much so that you can’t have your data leave the country.”

Financial services industries have been particular cautious about adopting BPM in the cloud. “They are a lot more regulated. They don’t really want to be in the limelight or in the press around a data breach,” he says.

Meanwhile, the incorporation of social media into BPM is making it easier for organisations to map their business processes.

“If you are working on a particular step, you are not confined just to speaking to the supervisor, you can actually ask a network of people to feed in and impart their knowledge,” says Priestley.

Nevertheless, suppliers and industry analysts will need to work harder to educate businesses about the benefits of BPM.

The technology still means different things to different people, and there is still  much confusion out there, Priestley suggests.

“Some CIOs see it as a means to document processes. Others want to improve compliance and transparency of process, streamlining and cost efficiencies,” he says.

One thing is certain, however; if businesses want to stay ahead of the game, they cannot afford to ignore BPM, Priestley claims.